Getting hit by a car was one thing. For starters, I felt like I could claim membership to that group of hardcore, veteran, city cyclists who ride-on in spite of motorist madness – just to get their bike on. It was different trying to explain why my bike needed repairs after getting run down by a couple of dogs. A car is one thing, but dogs?

As I watched Stage One of the Tour de France, where an off-leash dog attacked the entire pelaton (def.: main group of cyclists in a race) and wiped out some of the major contenders, I realized I was NOT alone.

Stage One Tour de France : Dog Takes Out The Pack

Perhaps it was just me and that one dumb dog? But no, in fact there have been numerous accidents on the Tour de France caused by dogs. Apparently the paw extended as MAN’s best friend doesn’t apply to cyclists.

Note the crushed wheel . . . and the unscathed dog.

THE SIGNS ARE EVERYWHERE.

Signs lining the multi-use path in Marin where I was struck by dogs alone include . . . 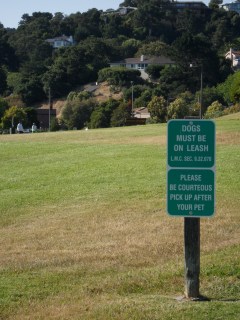 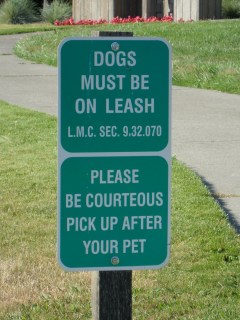 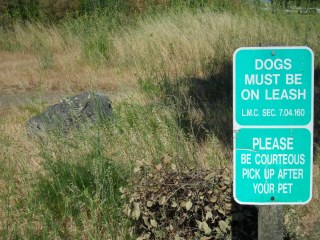 Alas, but what? The owners with their dogs off leashes can’t claim to be blind – blind people need their dogs on leashes! Perhaps dog owners without bike riding experience don’t understand the severity of a dog-on-bike collision.

Kindly pass this on to any dog owner you know. They may have no idea.

Even though Tour de France riders are professionals with “falling experience” common accidents include fractured collar bones, broken or dislocated limbs, along with yards of bloody road rash – injuries all within the realm of possibility in any bike crash. While riders on the tour have access to immediate medical attention, an ambulance costs upwards of two thousand dollars with emergency medical care ranging in the thousands as well. If the accident was caused by your dog, your legal obligation may exceed a ticket and fine. An egregiously injured cyclist could sue you for negligence for not retaining control of your dog – especially if the sign was right there. 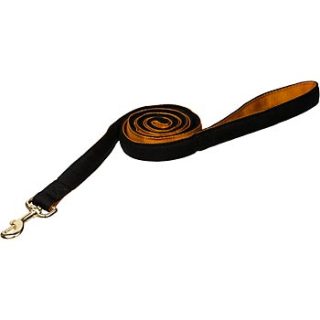 Another thing unbeknownst to dog owners is the ridiculous amount of money road cyclists will spend on their precious steeds. The cost of Lance’s Armsrtong’s Trek bike is $8714.99 – roughly the price of this used 2008 Chevy Cobalt. Unless your dog has excellent personal liability insurance, you could be looking at some hefty repair or replacement costs if your pooch is responsible for crashing a bike. The cost of the time honored dog accessory, the leash, is $12.77.

Even if you can live guilt-free for causing grievous bodily harm and scoff at the destruction of personal property . . . how will you explain yourself to your dependent, unprotected pet when they get run over by a bike? You gave your dog some freedom and now it walks around on three legs. “Thanks man!”

So, until your dog SPEAKS to me in English I will not believe they understand your verbal commands well enough to protect us both. Would you take a cab if the cabbie didn’t speak your language? Exactly. Cyclists have thrown everything from water bottles to bike pumps at attacking dogs. Bicycling Magazine suggests yelling “Get off the couch!”, a unanimously familiar command that when used totally out of context will baffle the dog and stop it in it’s tracks.

Not all animals are necessarily out to get us. Some believe they are just like us cyclists. The following clip shows just how far a horse will go when he identifies with a stampede of cyclists on the Tour de France.

Animals are clearly fascinated with something about our spinning wheels the world over. They may come at us because they want in on the action. But until they build bicycles for dogs we’d prefer pet owners to have them admire us from a distance. PLEASE keep your dog on a leash!

2 thoughts on “Our Stories: DOG GONE IT! What Every Dog Owner Needs to Know About Cycling”